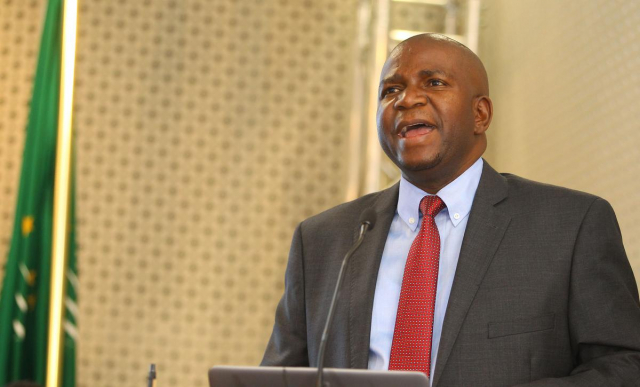 Despite the South African economy shedding 2.2 million jobs due to the COVID-19 lockdown, unemployment in the country dropped to 23.3% in the second quarter of 2020, Statistics South Africa (Stats SA) has revealed.

This finding is contained in the Quarterly Labour Force Survey (QLFS), which reveals that the number of employed persons decreased by 2.2 million to 14.1 million, compared to the first quarter of 2020.

“Contrary to what one might expect in the face of such a large decline in employment, unemployment declined substantially as well – decreasing by 2.8 million to 4.3 million, compared to quarter 1 of 2020, and resulting in a decrease of 5 million (down by 21.4%) in the number of people in the labour force,” Statistician-General Risenga Maluleke said on Tuesday.

Stats SA said despite the massive decline in employment, the number of discouraged work-seekers, like the number of unemployed, decreased by 447 000.

This is the lowest rate recorded since Quarter 3 2009.

The statistics service said the sharp fall in the unemployment rate in quarter 2 is not a reflection of an improvement in the labour market but rather an effect of the national lockdown, since the official definition of unemployment requires that people look for work and are available for work.

“In essence, the national lockdown hindered people from looking for work, so this significant decline in unemployment while employment is declining is inherent in the official definition of unemployment.

“The unemployment rate, according to the expanded definition of unemployment, increased by 2.3 percentage points to 42.0% in quarter 2 2020 compared to quarter 1 2020, reflective of the fact that people were available for work but did not actively look for work.

“Almost all of the 5.2 million people who did not look for work for reasons other than discouragement indicated ‘national lockdown’ as the main reason for not looking for work. This phenomenon of a greater increase in inactivity than in unemployment is not unique to South Africa.

“It has been observed in most countries across the world, with the exception of Canada and the United States, as highlighted in the recent ‘ILO monitor: COVID-19 and the world of work’ report.

“So, the picture observed in South Africa is in line with the rest of the world,” Stats SA said.

During this period, employment decreased in all sectors in quarter 2 2020.

To capture changes brought about by the national lockdown, some additional questions were included in the quarter 2:2020 questionnaire.

Stats SA said respondents were asked if they were working from their usual place of work or working from home; whether they continued to receive salaries during lockdown; whether they received full or reduced salaries; whether they would be returning to the same job/business after the lockdown, and whether they thought they might lose their jobs or their businesses would close in the foreseeable future due to COVID-19.

Of the 14.2 million persons who were employed in the second quarter of 2020, more than half (58.1%) were expected to work during the national lockdown by the companies/organisations they work for.

Stats SA said although most of those who worked during the national lockdown did so from their usual place of work, and about 17.0% indicated that they worked from home.

The proportion of those who worked from home was higher in Gauteng and Western Cape than in the other provinces.

The share of those who worked from home was higher among professionals (44.7%) and managers (40.6%), indicating access to tools of the trade to facilitate work from home.

The majority of employed persons continued to receive pay during the lockdown. However, about one in five of them had a reduction in their pay/salary.

“There seems to be some relationship between level of education and reduction in pay/salary. Almost 9 in every 10 employed graduates (89.7%) continued to receive a full salary, compared to 75.2% of those with less than matric as their highest level of education,” said Stats SA. – SAnews.gov.za